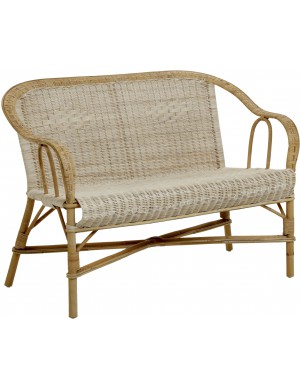 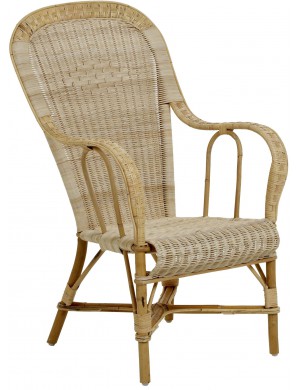 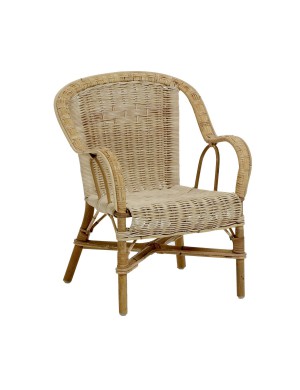 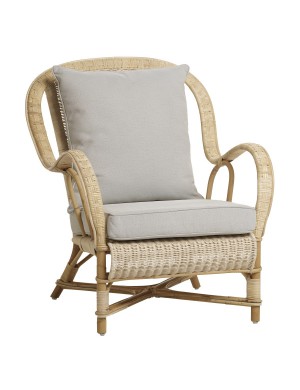 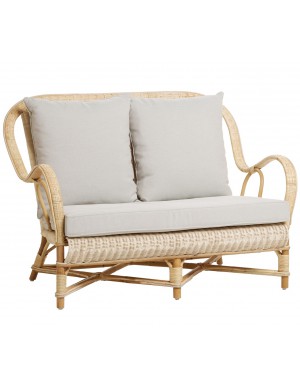 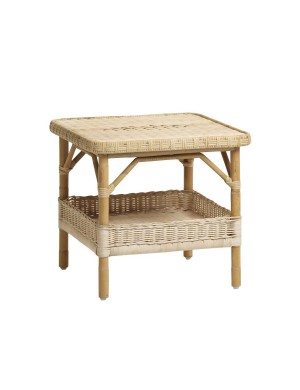 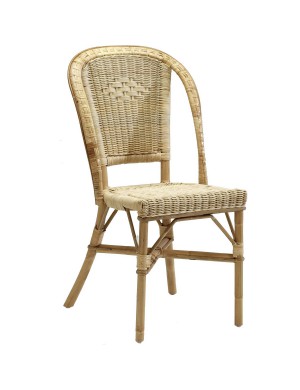 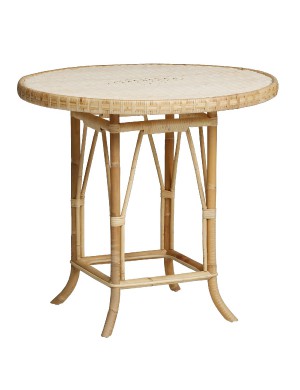 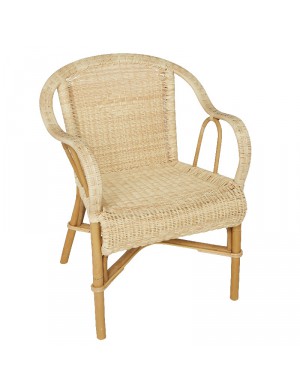 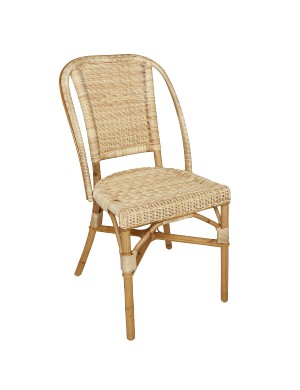 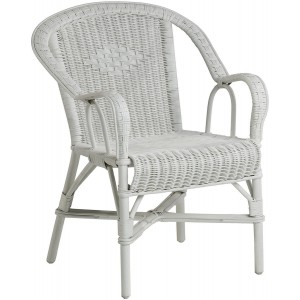 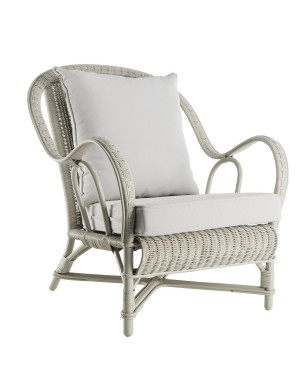 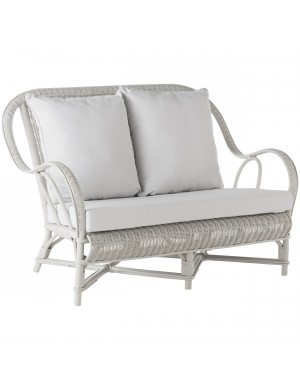 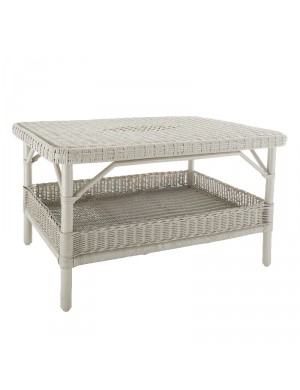 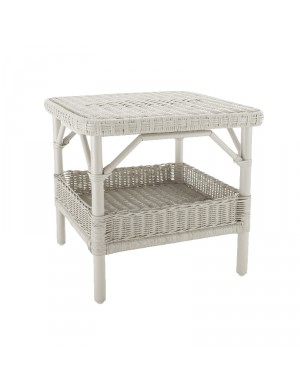 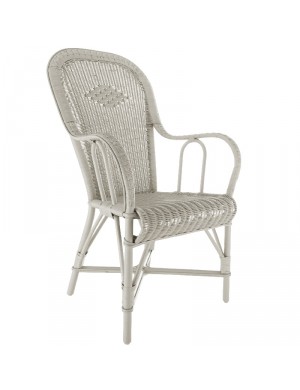 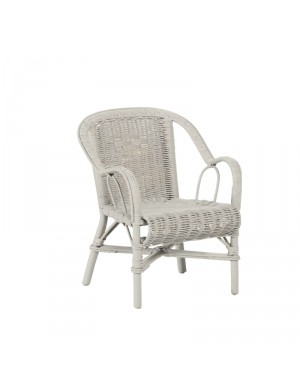 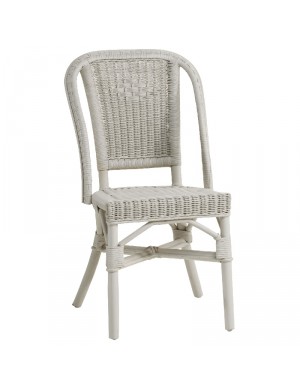 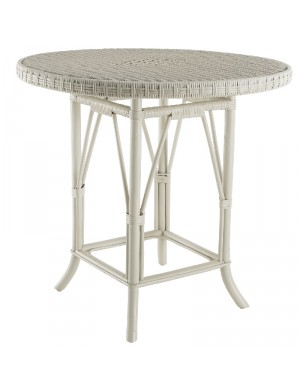 330,00 €
grandfather's rattan armchair low back rest patinated
Out of stock
Out of stock More
Showing 1 - 22 of 22 items 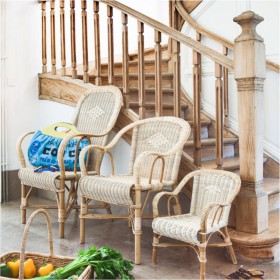 Evoking childhood memories of our family homes, KOK’s natural rattan “grand-père” armchairs have been manufactured in precisely the same way for a century and have been sold continuously ever since.

Since the beginning of the 20th century, this iconic silhouette has been part of the historical heritage of French furniture. As soon as it was introduced to the market, its success was such that it very rapidly became a generic model, manufactured by all the rattan craftsmen in France and taught in basketry schools. Consequently, in the past, it was distributed in the most remote provinces by pedlars, for whom it was a fundamental part of their stock-in-trade, like brooms and mops. Later, it was sold by all the basket makers and shops in France, and today, on the Internet, this line of rattan seats has survived the century, two wars, and three republics, and hasn’t aged in the slightest. It has to be said that its original selling points have remained remarkably up-to-date: lightness, comfort, versatility and a reasonable price. What more could people want?

Or almost. Of course, it wasn’t called by that name at first, but rather “comfortable armchair” or “toad armchair”. Precisely because of its extraordinary longevity, it was affectionately renamed the grand-père chair later on. How many of us have, in a corner of our memory, the image of one of our grandparents sitting in their rattan armchair, knitting or newspaper in hand, by the fire, or under the shade of an apple tree? A real “grand-père” rattan armchair should have 13 uprights, a weave of natural rattan core, unvarnished or very little varnished so that it does not dry out, decorated with a diamond pattern in the middle of the backrest. The “rails” (a collar that runs from the armrests all the way around the backrest) are woven in split rattan, and the frame is made of unpeeled rattan (with visible knots). We have raised the seat height by 3 cm so that our Grand-père armchairs can be used as dining chairs. Purists will be able to cut the legs by 3 cm to restore the original line.

KOK and the grand-père rattan armchair

Due to the lack of archival records, we are unable to say precisely how many grand-père rattan armchairs have left KOK over the decades. Probably, several tens of thousands, more than a hundred thousand, perhaps. Since the 70s, they have been manufactured in Indonesia, but until then, they were leaving our workshops freshly made, in full lorries, to supply the Parisian department stores. At the time, deliveries to Paris were made at night, and our old Berliet took over six hours to cover the 250 km between Lille and Paris on the national highway, the A1 being still a project on the architect’s drawing board. Because a rattan armchair was light, it could be stacked precariously high above the sides (and beyond what was sensible), the only limit being… a railway bridge at the bottom of a descent into the Somme, a little lower than the others, and one that our drivers hated. One false move when loading, or a touch of over-optimism (“the pile will settle down a bit on the way…”) and the top row was wrecked... Rattan is strong, but not as strong as the underside of a bridge!