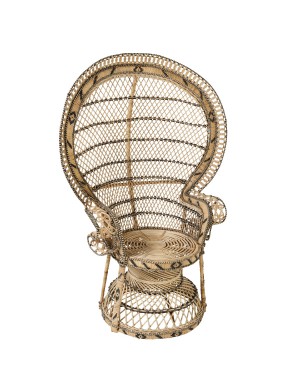 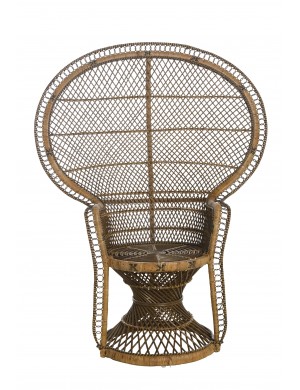 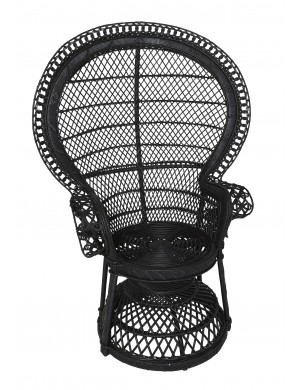 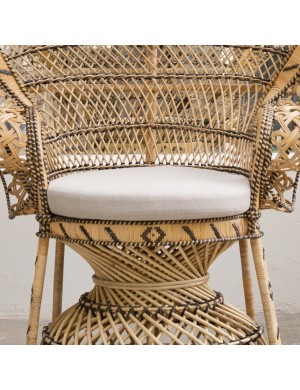 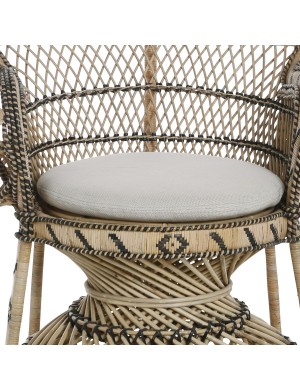 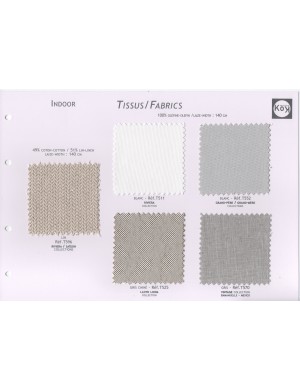 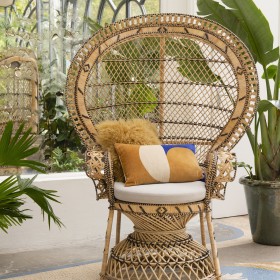 The famous Emmanuelle rattan armchair achieved worldwide notoriety after the release of the film of the same name, but it had already been in existence for a long time.

Historically speaking, the “Emmanuelle” armchair was originally a throne, a ceremonial seat originating in Polynesia, from whence it spread to the Indian Ocean and then to Asia. It was not made of rattan originally; rattan is too equatorial a plant for these latitudes, but with palm leaf veins, like Buri armchairs. Even before Sylvia Kristel made this chair famous, it had already enjoyed a successful film career. First seen in 1931 in “Safe in Hell”, it was used in about 10 films before the release of the first Emmanuelle, including some episodes of Colombo. It was during a shoot in the Seychelles that the director of Emmanuelle spotted this armchair and used it as a prop for one of the scenes. The legend had begun.

The tribulations of an Emmanuelle armchair in Asia

… To paraphrase the title of a well-known film “The Tribulations of a Chinese Man in China”, where the chair appears. The Emmanuelle armchair, including in the eponymous film, takes on different aspects from one film to another. Sometimes majestic, sometimes funny, there are in fact Emmanuelle armchairs of all sizes, all designs and all styles. The Emmanuelle armchair was made initially in Polynesia, where it was probably more likely to be upholstered with rectilinear ribs, as in our “cross-braced” model, but it can also be found with other more or less complicated patterns, according to its origins. All Emmanuelle armchairs can, however, be recognised by their wide flared backrest and their “tom-tom” seat.

The Emmanuelle armchair from KOK

This armchair takes up a lot of space in containers, and reducing its dimensions helps to optimise loading and dramatically reduces the price. We have decided to leave this magnificent rattan armchair in all its original majesty and to make no compromise on its measurements. We have even increased the diameter of the round seat to make it more stable. The Polynesian princes who once sat on it knew how to hold themselves, and there was no need to add to it. Even if the decorative aspect prevails over ergonomics with this type of chair, we just wanted to be sure... Made in Indonesia, our Emmanuelle armchairs are finally produced entirely in rattan, with meticulous attention to detail and professionalism. Precise, meticulous and time-consuming work, within the abilities of only a handful of elite craftsmen, which explains the meagre output of these products.